The OPEC meeting happened on 27th of November and what was expected did not happen. The falling price of oil was not not subdued with the typical restraint on production. A much smarter and long term impacting tactic was decided upon. Keep production at steady levels, oversupplying the market and letting the price drift off to the lows of the abyss. Will competition last?
Now the test has began. 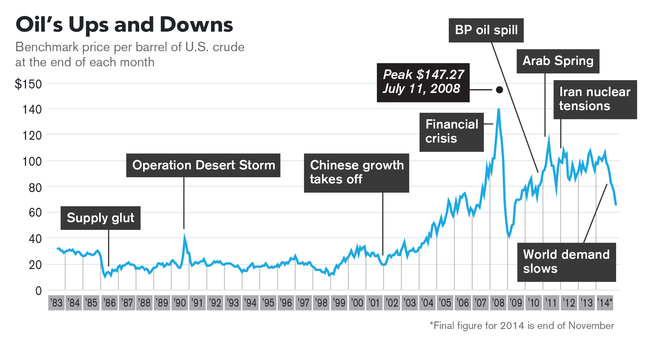 Reason is simple and we all know it. The Saudis want to stress test the willingness of the american shale revolution. How much suffering will they be willing to take. How many unprofitable ventures will continue and for how long?
The most worrying sign seen thus far was with the S&P500 reaction to the ordeal. Such big divergence last seen in 2007/8 and we know where that ended up. 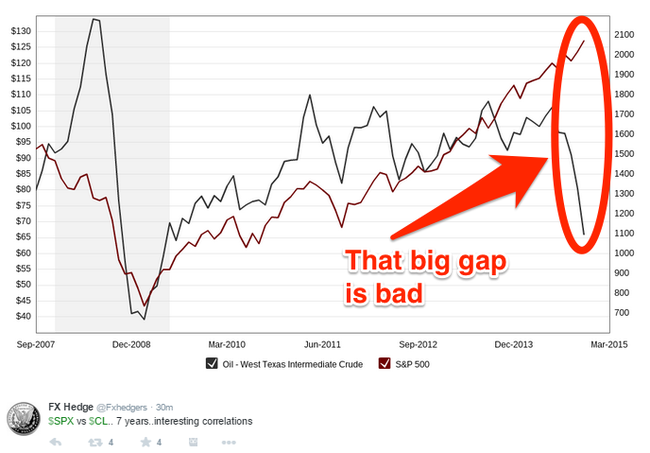 Maybe this is just a sign that investors are going along with the public consensus that this is just a tax cut for all businesses and individuals to match the slower economic progress.

Looking at the Russian “problem”, their high inflation should be our worry as well. We should learn from the past and remember what happened in 1998 in Russia. We are a globalized world and more ‘saving face’ efforts should be on the table for a nation with nuclear capabilities. Not without reason is there a constant influx of news about the ever so expanding military advancements, both technical and strategic, that the russians are demonstrating. This is a desperate sign to keep putins hold to power within his nation, but also a message to us, outside, to keep some sort of international respect and ethic.
We know that many promises where broken but we can look at Iran and how the relationship of that “troublesome son” of this world turned out. There is already substantial foreign investment present.

Enclosing we should deal with geopolitical annomolies with a more globalized relational approach and not with the dominance driven mantra of the past decades. Ones good carries forward benefits for all. Or so I wish to think and hope for…

When one does research into economic division into todays world standing a scary revelation can come alight. Four concentrated bodies in this world make up 65% of the economy. The world economy. These are EU, China, Japan and US. The... Continue →